I worked for Staples Inc. as a full-time user experience designer, from the Vancouver office. My day-to-day work consisted of doing user research, improving the user experience of various Staples websites and producing UX deliverables. I was mainly communicating with a product manager and 7 other on-site UX designers.

Worked with stakeholders and users to generate business and user requirements.

Translated requirements into design specifications with an emphasis on user experience while incorporating business and marketing needs.

Developed flows, wireframes, mock-ups and prototypes based on the requirements and specifications.

Created and enforced a consistent branded look and feel in collaterals.

I was tasked to do a UX review of the shopping cart user flow, the most important part of an e-commerce site because of its significance when converting visitors to customers.

I spent weeks researching the flow, getting relevant documentation from different teams, re-organizing the documents, analysing the data that exists, collecting the quantitative data from Fullstory analytics software and qualitative data from usability tests.

After analysing the current state of designs and observing the real life usage (through fullstory.com) I noticed several issues and proposed design changes which would resolve them.

To collect arguments for my findings I conducted usability testing with 20 participants through UserTesting.com.

Participants confirmed the design change ideas and that helped me to create a UX review deliverable which I presented to the Staples Head of Design. Afterwards it was sent for implementation to the product & development teams.

One of the areas that required changes was the coupon code management. I ran additional remote user testing sessions for this specific part (1 pilot session + 5 real sessions).

During the user testing sessions, participants were tasked to create a brochure and to buy it by using a coupon code.

After finishing the tests, I reviewed the test results and proposed the design changes which reduced the number of steps needed to add a coupon.

I added the ability to dismiss the coupon code by clicking on the area outside of it, along with displaying the user an encouraging message in cases when the coupon doesn’t work which resulted in reduced customer frustration.

After the research, I came up with the step by step plan for improving the conversion rate in the shopping cart flow.

The solution was to reduce the number of steps that it takes for the end user to reach the end of the shopping cart experience.

I managed to reduce the number of steps from 6 to 4, drastically reducing the time spent in the shopping cart therefore directly affecting the behavior of the visitors and the checkout conversion rate.

As the lead designer on the new business printing platform, I needed to research the information architecture that we should use. The optimal technique for that task was to do a card sorting test, which exposes user’s expectations of the information structure through understanding their mental model. I conducted the test with 17 cards and a total of 25 participants (2 pilot + 23 regular).

My goal was to find a better naming for categories of the global navigation menu. So I chose an open card sorting research technique. Participants organized 17 phrases into categories that they would expect to find on a document printing website. They then labeled each category.

I conducted the test by using OptimalSort software and UserTesting.com platform to find participants.

I wrote a popular article that explained how I did the card sort.

First, creating design systems became increasingly useful in 2018 and Sketch, the popular app for UX design has at that time just introduced the ability to add libraries.

Second, wireframes created in our team were created by using 3rd party templates and time was lost researching and configuring own templates. Also, the wireframe look was not consistent, leading to confusion between team members.

I presented the idea to team members to create a design system for wireframes based on atomic design. After getting approval, I designed and onboarded the team members. Finally, it was used by 8 members of the UX team.

After working previously mainly on smaller projects and for various startups, working for Staples was a great way for me to grow UX skills that are necessary on projects with millions of users. After the experience of working on Staples projects, I developed the confidence to tackle any user experience design problem – from quickly producing results for small companies to solving difficult design problems for corporations. 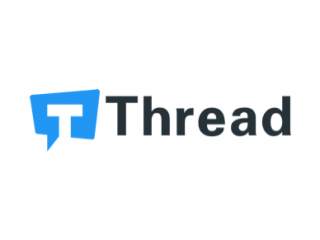